What’s up brostners? I imagine several of us keep reptiles, so I thought I’d start a thread. Let us know what you keep, if you have any projects, etc.

I’ve been keeping reptiles since I was a teenager in back in the early 2000s and considered studying herpetology in college but decided to pursue degrees history instead (BA and MS). More recently I’ve completed the Amphibian Foundation’s Master Herpetologist program in 2020 and now am finishing up their Master Herpetologist: Husbandry and Captive Management course. Pre-pandemic I was occasionally doing educational demonstrations for local school.

We currently have two juvenile red-footed tortoises, an older adopted male Russian tortoise (30+ I presume) that had been surrendered to a local biology teacher many years ago, an adopted male northern blue tongue skink (around 16 years old), three female crested geckos, and my son’s female leopard gecko

We moved last fall, so my reptile room is a work in progress right now. I need to build out a large bioactive enclosure for the redfoots. They spend the warmer months outdoors, but are in now for the fall and winter. The temporary 4x7ft tortoise table covered with a greenhouse tent is an eyesore, so I’m planning on building a more traditional enclosure terrarium for them. Anyone built a 4’Dx8’Lx3’H enclosure before? I’ve built 2x6x2s for the Russian tortoise and our skink, but not something this big before.

What’s up! First time using a forum in over a decade. Wait, Discord is a modern forum. A Gen-Z forum. Might not post here very often, but it actually feels pretty good using an old-school forum again. i’m sure this one will be less stressful as the last time I used a forum was for an MMO where I was a moderator for the forum for the guild I was in at the time, 100+ members. I also had a ‘Looking for Group’ personal forum where new players would contact me to carry them through bosses and raids as I could solo all bosses and raids in the game at that time. Both were very busy.
Anyway, my herp history. In the late 90’s, my family had a banded king snake. We were moving about a year after getting it. Thinking it was a desert snake and would be fine, we stopped at Walmart to but some quick things. Came back out and it was dead. Not my proudest moment, but I was 5 at the time, don’t blame me.
Around 2001, we then got a Ball Python, a little sweetheart. Had him for 15 years. At which time he was kept in my older bro’s room, he was responsible for the snake. He didn’t clean the cage for a few years, that snake died. He was home nearly all day every day and would throw a huge fit if we even knocked on the door, so we had no idea how bad it got until he came out crying.
Then my oldest brother got a Ball Python of his own, another sweet heart. About a year after he got the little buddy, my sister-in-law passed away and my brother moved back here with us. Stayed a couple years, then moved back to where he was living, left the snake with us for a year. He recently built him a magnificent enclosure, especially since the discovery of Ball’s being semi-arboreal and bird eaters, not just frogs and mice.
In 2017, after like 15 years of wanting one, I finally got a Leopard Gecko. Perfect time, too. My oldest brother was upgrading a few things for his python while he was down here. From a 10 gallon tank to a 30 gallon, a bigger heating pad, new bedding. I got those things hand-me-down so I saved some money. My gecko is happy and healthy! Though since I lost my job about a year ago, my family having financial issues since, I’ve had to cut back his feeding to once a week to stretch what little money we have. Hoping to get back to work next month and slowly bring him back to the 3 times a week he was on.
About 2 years ago, a couple of friends had to surrender some of their animals due to her being pregnant with twins and having pre-existing health issues that complicated the pregnancy and recovering, lowering their ability to facilitate all their animals. They asked me to take in their Fire Water Vis/Rain Water Het leopard gecko. He was nearly completely blind and refused to eat. I said yes, they gave me everything they had for him. Cage, heating pad, hygrometer, and everything. After having my FIRST amazon package of reptile appetite stimulator stolen from my front door, getting a free replacement after no response saying I’d get one, then buying another one without knowing the replacement was on the way, I finally got him eating. But then… I lost my job. I couldn’t afford to get enough superworms for both geckos, so I asked the herp store I got my first gecko from and the one I still go to today if they would take the blind one in and explaining, they said yes and I took him in the next day. In just a couple months, he was eating nearly every time from tongs, which was difficult cause he could only see vague shapes and light change. Nearly every time he saw a shadow over his cage, he’d freak and run into his hide, bonking his head sometimes. But while in my care, he gained 10 grams, he was only 30 grams when I got him and was an adult, very underweight. I was doing good! I only hope the store kept good care of him and he’s a healthy weight now. I know if I ask, I’ll want him back and I can’t take care of him right now.

What about amphibians tho

Amphibian keepers are welcome too!

Not quite a reptile but I recently just got a tiger salamander about a month ago! They have been a bucket list pet for me but is SUPER rare to find where I live. I am keeping him in an old fluval 13.5 gallon aquarium and I am loving the experience of keeping him so far. Previous to the tiger salamander, I was keeping a juvenile bullfrog that I found nearly dead and dried up in the beach sand quite a ways away from the river mouth that lead into the ocean. I released him after a couple of months after I made sure he was healthy and away from the beach. I kept numerous amounts of green/brown anoles in my childhood so if anything, my next herp will be a skink if I just so happen to come across one and catch it.

I’d strongly recommend a captive bred animal rather than catching one from the wild. A lot of reptiles and amphibians don’t make the transition from the wild to captivity very well. They tend to have parasites and be a lot harder to tame than captive bred animals. Plus, doing so broadly can obviously have negative implications for wild populations. The pet trade is one of the major problems for reptiles around the world.

If you want a skink, I’d highly recommend a blue tongue skink. If it’s really humid where you are an Indonesian species might be best, but I’m personally a big fan of the classic northerns. I think I recall Forrest having an Indonesian.
They are very hardy animals, easy to care for, and often very friendly and handleable: 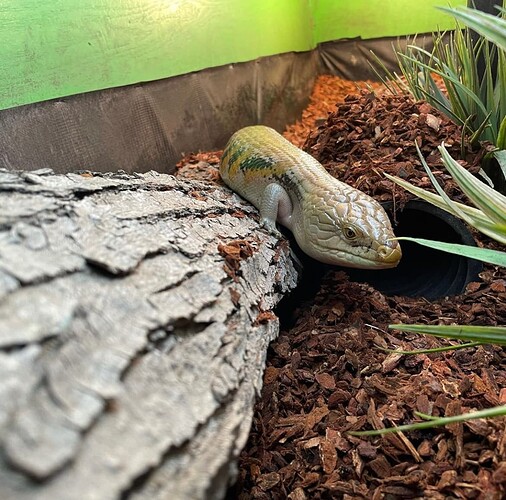 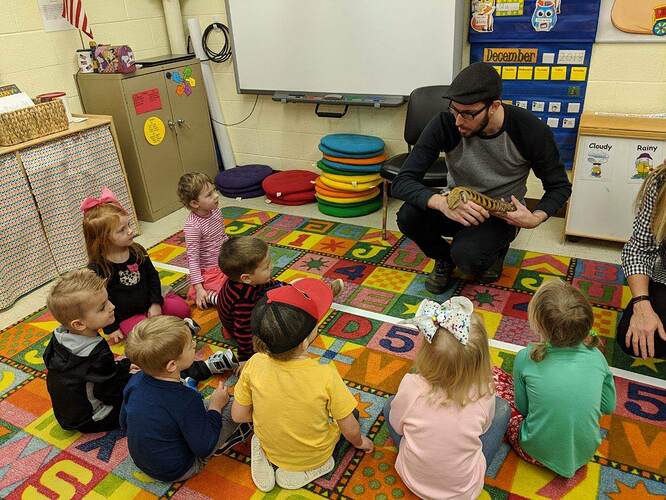 Although I would LOVE to keep a blue tongue skink or anything like that, I simply can’t. I live in Hawaii so all the herps I would be catching for fun are actually invasive species that have got here through hitching a ride on something or the pet trade like you said. I would love to buy one ethically but the only pet store we have on island is a Petco and they only sell tortoises sadly. My salamander was a rare occasion because I was able to ship it from a fish store from the next island over as tiger salamanders aren’t considered injurious to Hawaii.

Oh yeah Hawaii is a whole different story. What island?

Kaua’i, the one Retep and Papa Pee went to on vacation and always talk about on the pod

Here is something that you might find interesting, when I was growing up, we used to only have green anoles and the skinks as our primary set of “native” invasive lizards. On Oahu, the island next door, they have a lot more invasive species such as brown anoles, green dart frogs, Jackson chameleons etc. About a decade ago a couple gold dust day geckos and brown anoles started popping up around the house and if you skip to now, that’s all there is. They basically took over the population of green anoles and skinks. I now rarely see the green anoles and I only see the skinks near the beach or up the mountain away from the brown anoles.

Wooooooo. I have a pair of eastern newts that I’ll have to show off in here later this afternoon…

Screenshot_20221028-082620_Gallery1920×909 97.5 KB
Here is my little African friend the sudan plated lizard, very easy to keep, eats an omnivorous diet consisting of various fruits, lettuce, insects, mealworms and occasionly a very small bit of my dogs food! His temperament is usually calm and chilled except for late summer when he turns a little psycho for a few weeks. He is estimated at about 28 years old, 25 of them has been under my care.
2 Likes
Seth_Isaacson October 28, 2022, 1:04pm #12

Very cool! That is a neat species.