De-extinction: scientists are planning the multimillion-dollar resurrection of the Tasmanian tiger

What do y’all think? 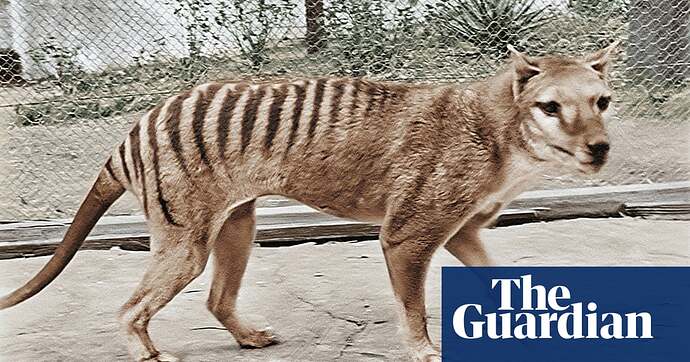 Love that we’re trying to do this. As humans caused the extinction of Thylacine, it’s only fitting that we try to bring them back. We’ve got all the technology to make this a reality, and as the entire genome of the Thylacine has been sequenced from a preserved (108-year-old) specimen, it only makes the process a bit more manageable.
However, even though all this is true, the resultant animal would not be 100% Thylacine (or at least that’s what we think).
Some limitations existing with “de - extincting” the Thylacine is

Overall, I’m 100% for " de - extincting" the Thylacine, but if those limitations were better addressed, or if the team has a plan to counteract those limitations, it will put the project in good stead going forward.

I think it is definitely a morally grey area with the trial and error that would most definitely happen. Also, I do think it would be potentially damaging if all went well and the species was brought back. It could potentially make people care less about the wildlife that is in danger of extinction because we can just bring it all back through science.

The priority should be on the animals we can still save. This is a cool development but at the minute anything could happen and it might end up inspiring more people to save the species in danger around the world.