A Real Horsedeal Getting O'Malley Out of The Sh*t

An Irish community pulls together to rescue a 35 year old horse. Not all humans are assholes!

O’Malley, a 35-year-old Irish Cob, became stuck after his entire right hind leg went into the tank in a field on Skye on Sunday.

His owner, Nikki Veen, feared the worst after she was alerted to the horse’s plight by a neighbour.

But he was freed unscathed following a two-hour rescue involving neighbours and volunteer firefighters. 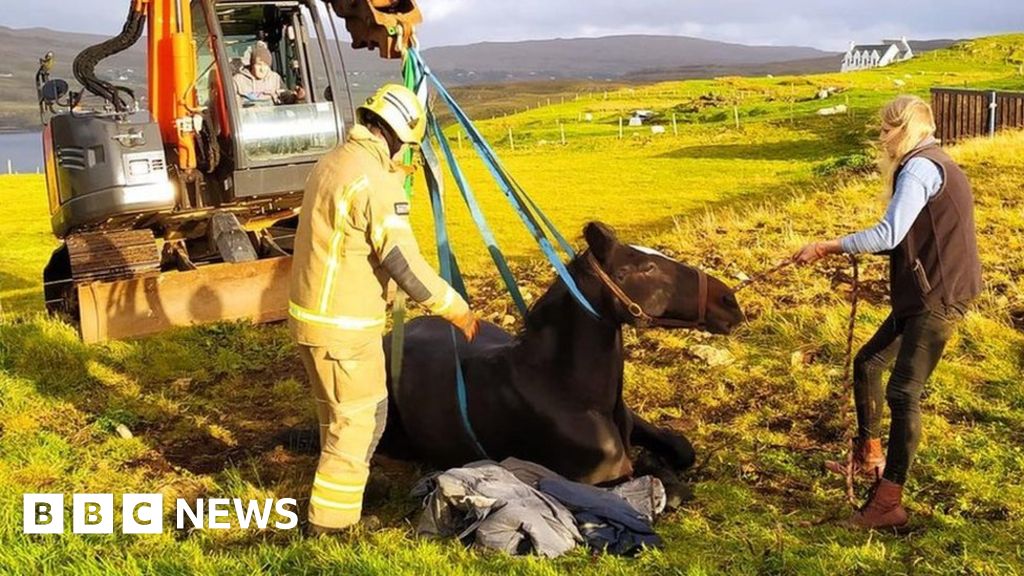 'Miracle' rescue of horse stuck in septic tank on Skye

Nikki Veen said her local community on Skye rallied around the rescue of her Irish Cob O'Malley.